Photo of the day

100-year-old George Ertzweiler of State College was part of an eight-member relay team during the Tussey Mountainback ultramarathon on Sunday. He’s with helpers Sue Reese, left, and Missy Quick, right. Photo by Grace Brennan, for PennLive.com.

More cases: Pa. reported 2,200+ more coronavirus cases the past two days. The daily count has been over 1,000 for a week, similar to spring levels. Read more. 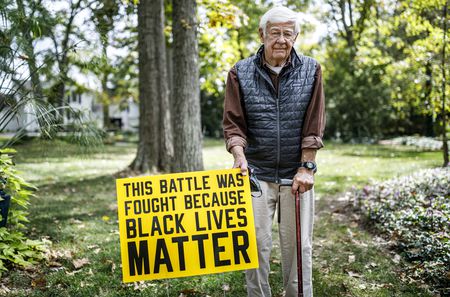 Gettysburg: Another battle continues in Gettysburg with frequent Black Lives Matter gatherings. “My feeling is that this is the nation’s most sacred place, and it should be a celebration of emancipation and freedom,” a retired college chaplain says. Read more.

Harrisburg: Someone poured bubble bath or soap into the Capitol fountain, so it had to be drained. That ended the pink water for breast cancer awareness. Read more.

Fatal crash: Anthony Williams, 66, had received his motorized wheelchair as a gift not long before he was killed in a hit-and-run crash in Harrisburg. His old one had been stolen, and strangers raised money to replace it. Read more. 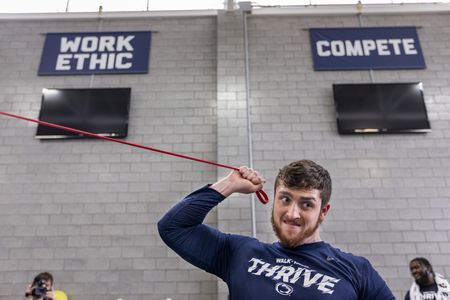 QB force: To make the playoffs, the Nittany Lions will need more out of starting quarterback Sean Clifford, and they’ll have to have it from the start. Read more.

Seahawks QB: Seattle’s Russell Wilson is the best QB out there, not the “best black quarterback.” Those kinds of conversations are over, David Jones says. Read more. 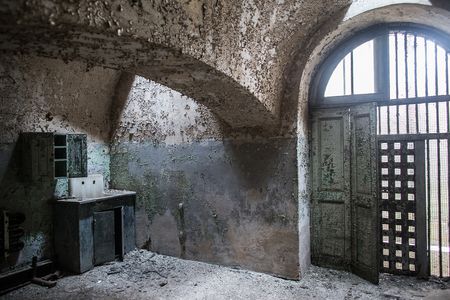 Biden harnesses historical past to explain urgency of 2020 marketing campaign

Does this video present ghosts at Gettysburg?

Good Or Naughty? The Greatest (And Worst) Corporations Throughout This Pandemic

The Day – Nervousness 2020: Voters fear about security at polls

Adams County Holds Its Personal Towards COVID-19, Making it Safer for...

‘Errors have been made’ at maskless election listening to held by...