The founder of a quirky candy shop and roadside attraction in Adams County died at 84 on Friday, a date his family says was both his wedding anniversary and the anniversary of the founding of his business.

“Mr. Ed” Gotwalt with some of his elephant collection.

Gotwalt retired in 2014, selling the business to granddaughter Nicole Bucher and her husband, Isaac. Before that, in 2010, the business had survived a devastating fire. After, in 2017, Gotwalt survived a car crash. 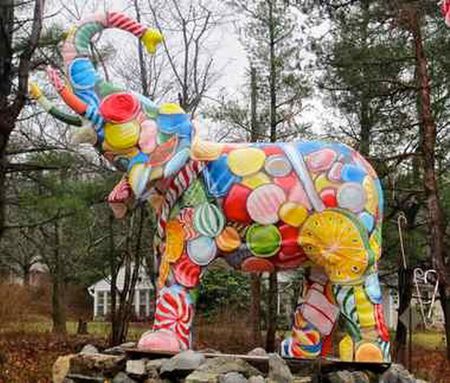 Gotwalt was born in York in 1936, according to the information from Facebook. Survivors include his wife, Patricia Gotwalt; a son, J. Michael Taylor; granddaughter and grandson-in-law Nicole and Isaac Bucher, and a great-grandson, all of Orrtanna. He was predeceased by his daughter, Tammy Cullison.

Remembering President Lincoln on the anniversary of his dying

Pennsylvania Secretary of Well being Levine Tapped for Biden Administration –...

This is What Trump Mentioned About PA Throughout His Pittsburgh Rally

“The Interview” Half 2 with Alicia Richards – Pastor John Brock...

Scattered showers will taper to patchy drizzle in a single day...