A group of cars gathered at the Peace Light Monument this Martin Luther King Jr. Day afternoon and then traveled together as a cavalcade, visiting Gettysburg neighborhoods where Black residents make their homes as well as sites of historic importance to the Black community including the Bryan Farm, AME Zion Church, and the Jack Hopkins house.

The tour ended at the Gettysburg Adams YWCA.

The event was organized by Gettysburg resident Blessing Shahid and the Gettysburg Local Collective.

Participants at the end of the tour

“It was much more successful than anyone guessed,” said tour participant Leon Reed. “Our predictions had hoped for 20 cars but I counted 35 at the YWCA and a good many had left by then. The police, led by Chief Glenny, but also involving Cumberland and NPS at least, were very helpful in getting the group around the route. I was very impressed with the whole affair,” said Reed.

The following is a complete listing of the cavalcade’s stops.

Peace light – Dedicated by President Franklin D. Roosevelt in 1938, the peace light has been a light to honor the lives lost during the civil war. But also a light to guide us in unity and fellowship. A peace that we are still trying to realize.

684 miles away the Eternal Flame burns where Rev. Dr. Martin Luther King Jr is buried. The Eternal flame symbolizes our efforts to realize King’s dream of the beloved community. A vision for a world of justice, peace and equality for all mankind.

Bryan Farm – Abraham Brian was a free black man who purchased the farm in 1857. The house and barn were assaulted during the battle and filled with bullet holes everywhere. Furniture tossed, fences gone, crops trampled and trees were useless. With over $1000 in damages, the Union paid him $15 for the damage done by the troops. He sold the farm in 1869 . 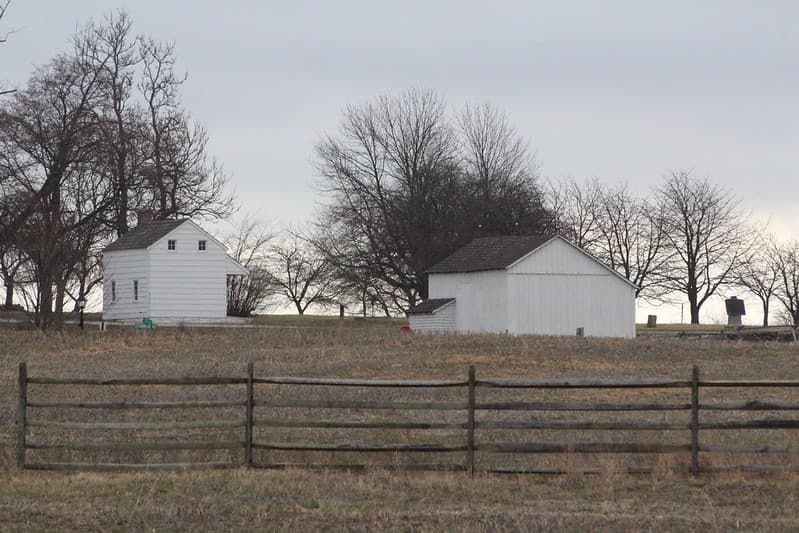 Lincoln Cemetery – The cemetery was formed in 1867 to provide a place to bury black soldiers who could not be buried in the national cemetery. It is the home to 30 African American civil War veterans. Even in death, these men were not equal to the white soldiers they fought beside. The cemetery has traded hands many times but is a challenge to take care of. Today there are many members of the black community buried there. There are two African American men buried in the Soldiers National Cemetery- why them and no one else is unknown. But the juxtaposition of the upkeep between the cemeteries is noticeable. A perfect example that freedom, even in death, does not mean equality.

AME Zion church – St. Paul’s AME Zion Church- Gettysburg’s Oldest African American Congregation founded in 1838. The present church was built in 1917. Many members became part of the abolitionist movement and formed the “Slave Refugee Society,” established in 1840 as “a means to help those who sought freedom from the ‘tyrannical yoke of oppression.’” St. Paul’s was the center of black life and culture in Gettysburg during the 19th century.

A quote from the founders of the Slaves Refugee Society: “We feel it our indispensable duty to assist such of our brethren as shall come among us for the purpose of liberating themselves, and to raise all the means in our power to effect our object, which is to give liberty to our brethren groaning under the tyrannical yoke of oppression.”

Jack Hopkins House –An African American Citizen who was the janitor at the Gettysburg College in 1847 for about 20 years till his death . To college students and administrators, the janitor’s house is simply a dwelling for the resident, who the college employed. But for the African American community, it was representative of the success he had attained as a free man. 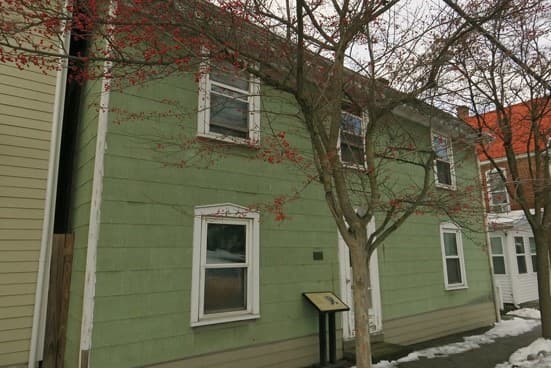 The First black school house ( beer mart),- Public education was mandated in 1834 by the state of PA. It wasn’t until 1883, in this location, that the first building built for the sole purpose of educating colored children.

Letters to Santa present the pandemic’s gut-wrenching impact on the vacation...

Pa. lawmaker will get a optimistic take a look at at...

Arrest made after 2-year-old youngster deserted at Goodwill with bag of...