PennLive’s Mid-Penn Fab 5 attempts to answer that question. Below is our weekly rankings of the top 5 teams in the MPC regardless of classification. Teams listed with overall record and previous rank.

Buzz: Considering all the schedule shuffling and daily distractions, most hoops programs would happily take a 3-1 week and press on. However, the Wildcats are in this for the long haul and opening the week with a 42-33 setback to Lower Dauphin was not in the cards. The good news is Mechanicsburg rebounded with three consecutive wins and even posted its season high of 60 points in Saturday’s clip over CD East. No question the Wildcats are at their best when sharing the basketball and eliminating second-chance points for the opposition. Friday’s bout at Mifflin County is a golden chance for a bit more breathing room atop the Keystone. Previous: 3 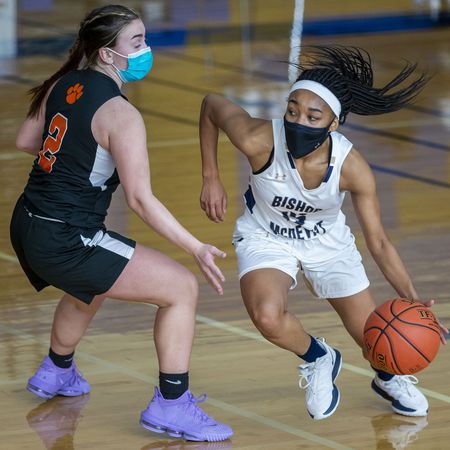 Buzz: Right now it appears to be a two-horse race in the Capital ranks, and the Crusaders are proving to be a capable and fearless assembly. Coach Kevin Dupes and his troops had quite the week, manufacturing four wins to bring their win streak to five in a row. slick guard Taja Colbert has been the catalyst, but deep and productive minutes from a handful of Crusaders have made the difference. Colbert’s 21 points came in a 51-50 win over Mifflin County. Two days later, Colbert’s last-second jumper banked McD’s thrilling 43-41 decision over a sound 6A program in Altoona. Forward Maya Carter and Tolbert combined for 30 of McD’s total. Tuesday’s clash at Trinity is a biggie. Previous: NR

Record: 7-1 Buzz: Only four points separate the Greyhounds from being 8-0 so far. And, remember, that 49-46 setback to Gettysburg, the defending District 3 Class 5A champs, came on Jan. 18 following a 10-day layoff. Translation? This is a budding franchise with lots to offer and Shippensburg’s current six-game winning streak includes a dynamic 42-38 triumph over Colonial Division heavy Greencastle-Antrim on Thursday. Elke Staver helped the Hounds run out to 13-2 early edge and Remi Staver’s late trey helped Shippensburg hold on. The division frontrunners are getting consistent push from all ends and that’s a very good sign moving forward. Previous: 5 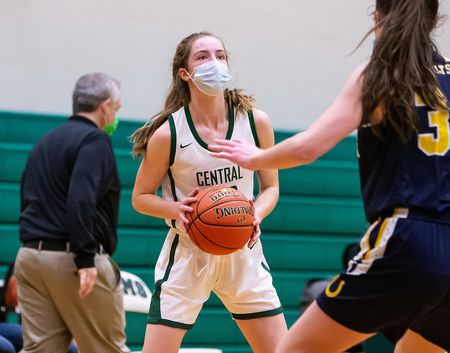 Buzz: Don’t worry, Ram nation. We might have catapulted your Commonwealth Division rival to the penthouse suite, but there will be an opportunity to retake the crib soon enough. It was a short week for Randy Gambelunghe’s squad, a 60-21 victory over CD East and hard-fought loss to Westtown Thursday in West Chester. Center Caroline Shiery posted 21 points and 11 boards in the 71-64 setback, CD’s first of the season. We’re guessing Maddie LaFrance, Izzy Vogel and rest of the Rams will be ready for the Eagles when Feb. 10, the new date for CV-CD I, comes around. Previous: 1 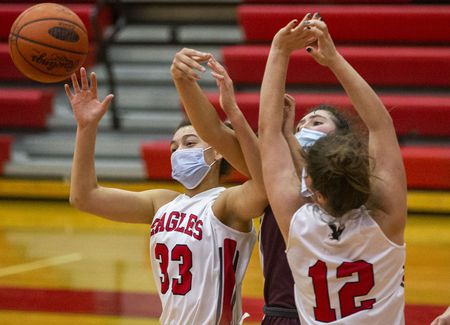 Buzz: We mentioned last week that the Eagles put their best foot forward since the seson tipped off and nothing has changed. This packed roster added three additional dots in the left column, stopping Harrisburg, CD East and Hazleton in succession. That unfortunate trio was outscored by a combined 211-75, meaning CV averaged a whopping 70.3 points per win last week. Shooting guard Julie Jekot, the LaSalle signee, has been on a tear lately. She’s averaging 19.5 points per game and enter the snow-packed week just 95 points of 1,000 for her career. As a whole, the Eagles are producing nearly 10 steals per game. Previous: 2

It isn’t too quickly to begin planning future holidays

Sure, somebody really went snowboarding down Houston’s I-10 on this climate

Pennsylvania’s Faculty Selection Debate Extra Fraught than Ever Amid Pandemic –...

It is tee time for YAIAA golfers | Sports activities