Republican incumbent Doug Mastriano leads Rich Sterner by more than 60,000 votes with 70 percent of the precincts reporting at 12:30 a.m.

Mastriano, fighting for his first full term in the District 33 seat in Pennsylvania’s Senate, has 77,685 votes compared to Sterner’s 17,441.

Mastriano won the seat in a special election in May 2019. The district covers all of Adams County, roughly the eastern half of Franklin County, and small parts of Cumberland and York counties.

The polls closed at 8 p.m. Check back here for results as they come in.

Both candidates have made themselves known through participation in political demonstrations.

More elections in Pennsylvania: Races for US President, US Congress, Pa. Senate and House 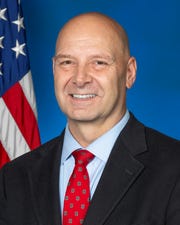 Mastriano has been a major critic of Gov. Tom Wolf and a key figure locally in the movement to fight the state’s COVID-19 restrictions. Recently asked for his stance on how to fight the pandemic, the state senator criticized various actions taken by the governor and the secretary of health.

Sterner in recent months has attended a number of demonstrations in support of racial equality. He recently sustained minor injuries after being assaulted by a Gettysburg resident during a small march in that town.

Mastriano says his experiences over 30 years serving in the U.S. Army inspired him to seek public office, that he “could not stand aside while radical ideologue and greedy bureaucrats run our state into the ground.” He believes Pennsylvania is “less prosperous, less secure and less free,” while the tax burden crushes residents.

On health care, Mastriano says people should not have to choose between medical care and basic necessities and that people with pre-existing conditions should be protected.

The incumbent touts his support for President Trump and is pro-life and pro-guns. 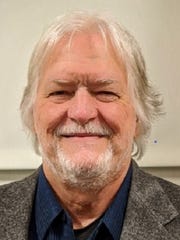 Sterner spent 25 years working in education in Adams County, eventually becoming a high school principal. He currently serves on the board of Bermudian Springs School District.

He says he wants to increase access to health care coverage and protect those with pre-existing conditions. He wants to improve the K-12 system by ensuring fair funding and replacing standardized testing with a system based on graduation rates and student performance beyond graduation.

On COVID-19, Sterner said we must work on “navigating threats, social and cultural influences on behavior, science communication, moral decision-making, leadership, and stress and coping.” He recommends the creation of guidelines that governments, health care systems and clinicians would use to plan for and respond to pandemics in the future.

How YAIAA spring athletes are dealing with a suspended season

Election 2020: How voting and election outcomes will work in Cumberland...

The Hill’s Morning Report – Introduced by the UAE Embassy in...