With help from Allie Bice

Welcome to POLITICO’s 2021 Transition Playbook, your guide to the first 100 days of the Biden administration

For a man who spent decades envisioning himself in the White House, President JOE BIDEN seems to be eager to spend some of his nights elsewhere.

In his first 45 days in office, the president has already made two trips home to Delaware. He might go back a third time this weekend.

If DONALD TRUMP had Palm Beach and GEORGE W. BUSH had Crawford, then Biden is making Wilmington his White House-away-from-home — so much so that White House press secretary JEN PSAKI told reporters Thursday that Biden “lives in Delaware.”

While Biden has worked in D.C. since he was elected to the Senate in 1972, he continued to live in Delaware for most of his political career, traveling back to the First State on Amtrak each night to be with his family. He moved into the Naval Observatory after taking office as vice president in 2009.

Biden’s early trips as president have drawn some scrutiny given that the Centers for Disease Control and Prevention continues to recommend avoiding nonessential travel. Asked whether Biden might want to refrain from personal travel to set an example for Americans, Psaki said that Biden’s situation was unique because he could travel on Air Force One.

“I think most Americans would also see that as a unique circumstance,” she said.

But Biden’s trips to the 302 involve far more people than just himself and First Lady JILL BIDEN.

They include his Secret Service detail, reporters and any White House aides accompanying him. On Biden’s trip back to Delaware two weeks ago, for instance, he flew to Joint Base Andrews on Marine One with STEVE RICCHETTI, YOHANNES ABRAHAM, RYAN MONTOYA and his body man, STEPHEN GOEPFERT.

All the travel and security arrangements can get expensive: A 2019 Government Accountability Office report found that Trump’s four trips to his Mar-a-Lago resort in South Florida during his first weeks in office cost about $13.6 million in taxpayer dollars. D.C. to Delaware is just a hop, skip, and a jump up I-95. So that might make it all a bit cheaper.

But, so far, we don’t know how much so. The White House declined to comment on the cost of Biden’s trips, but it’s notable that he is traveling a much shorter distance on a smaller plane that’s cheaper to operate than the one Trump used to fly to Florida. Biden also doesn’t require Coast Guard protection — which contributed $3.4 million to the cost of those four Trump trips — since, unlike Mar-a-Lago, Biden’s home in Wilmington is not on the water.

A White House official said the administration took Covid precautions during the trips including mandatory testing, mask-wearing and social distancing for traveling aides and support staff as well as Biden.

Biden isn’t the first president to head home for the weekend — or face questions about it.

“They say, well, you must not like to live in Washington because you like to go to your ranch or Camp David,” Bush said in 2001 at a fundraising stop in Little Rock, Ark., on his way home to Texas. “Well, I like to do both.”

“I like to get outside of Washington,” he continued. “I like to go to where the space is open, where I can walk around with Spot and Barney, the two family dogs. My wife loves our country, the country house we’ve got, and so do I, and so I beg your forgiveness for not eating dinner here tonight.”

It’s easier for Biden to get home than any other president in decades. While President DWIGHT EISENHOWER had a country house near Gettysburg, Pa., no other recent president has had a flight home as short as Biden’s, which takes only about half an hour.

Eisenhower wasn’t criticized for heading to Pennsylvania for the weekend — but he did sometimes take heat for golfing too much. “The criticism did not seriously dent his popularity, nor that of the other presidents,” the presidential historian H.W. BRANDS wrote in an email to Transition Playbook. “It typically cropped up on slow news days.”

If Biden does make it to Delaware this weekend, it will be a working vacation, spent cajoling senators to vote for his Covid-19 relief package.

“I fully expect him to be on the phone through the course of the weekend with Democrats and Republicans as needed,” Psaki told reporters this afternoon.

Do you work in the Biden administration? Are you in touch with the White House? Are you CASS SUNSTEIN? We want to hear from you — and we’ll keep you anonymous: (email protected). Or if you want to stay really anonymous send us a tip through SecureDrop, Signal, Telegram, or Whatsapp here. You can also reach Alex and Theo individually if you prefer.

We want your tips, but we also want your feedback. What should be covering in this newsletter that we’re not? What are we getting wrong? Please let us know.

He later participated in a roundtable moderated by CEDRIC RICHMOND in the State Dining Room with ALMA WILLIAMS, a Washington Transit Authority Metro Access driver; GEORGE KERR, a Navy veteran; and LYDA VANEGAS of Mary’s Center, a Washington health and social services organization.

With Biden in the Roosevelt Room.

With the Center for Presidential Transition

Over the last four presidential administrations, secretaries leading which department have served the shortest term, on average?

(Answer is at the bottom.)

ALL IN ON MASK MANDATES — The Biden administration is doubling down on its criticism of red states that have lifted mask mandates, like Texas and Mississippi, ADAM CANCRYN reports. A CDC study found that coronavirus cases slowed significantly in the 20 days following the imposition of mandated masking and restricted in-person dining, and that cases increased in states that eased restrictions.

The remaining articles and infographics in this section are exclusively available to POLITICO Pro subscribers. Pro is a smart, personalized policy intelligence platform from POLITICO. If you are interested in learning more about how POLITICO Pro can support your team through the 2020 transition and beyond, visit this webpage. 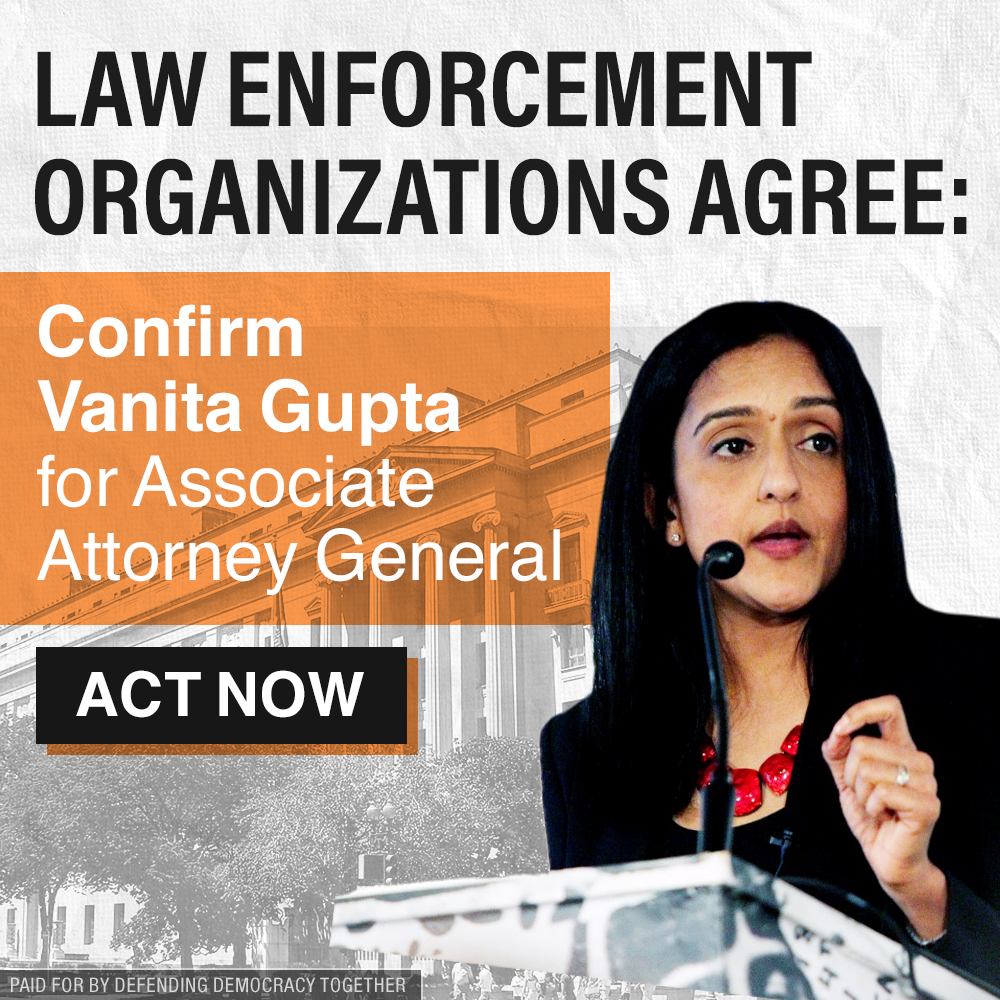 FIRST IN TRANSITION PLAYBOOK — TANYA BRADSHER will soon be departing the National Security Council to become chief of staff for the Department of Veterans Affairs under Secretary DENIS McDONOUGH. The Biden transition team announced Brasher as a member of senior staff leadership last September and then her position as the senior director for partnerships and global engagement at the NSC in January.

For now, CARLYN REICHEL, the senior director for speechwriting and strategic initiatives, will oversee the team.

Bradsher is the former chief of staff to Rep. DON BEYER (D-Va.) and held a number of national security positions during the Obama administration. She served in the U.S. Army from 1994 to 2009 — ultimately retiring with the rank of lieutenant colonel — and is a Legion of Merit and Bronze Star recipient.

GET YOUR QUESTIONS READY: Biden is going to do a real press conference, Psaki said today. She didn’t say when except to say that it would be before the end of the month.

The past 15 presidents all had a solo press conference in their first 33 days. Biden has been president 44 days and has not had one. He has had over 35 short question-and-answer sessions with reporters and participated in a CNN town hall but a press conference is less managed and allows for more follow-up questions from a range of reporters.

MORE HIRES — The White House announced a number of new hires today, some of which have been previously reported.

They include CHARLIE ANDERSON and SAM BERGER on the Covid-19 response team.

ECON 101: Biden’s Council of Economic Advisers has added ERNIE TEDESCHI to its team. The Managing Director and Policy Economist for Evercore ISI and a former top aide and economist at the Treasury Department during the Obama administration, Tedeschi is also known for his wonky Twitter presence.

The amazing VICTORIA GUIDA (follow her!) tells us that “He’s beloved on #EconTwitter for his excellent charts and data.”

BUILDING BACK BETTER? The slow pace of people returning to the workforce since the pandemic hit last year could present a major obstacle to Biden’s plans for an economic recovery, writes MEGAN CASSELLA. If fewer people are working, the country’s overall productivity tends to drop, national income falls and the economy shrinks.

Federal Reserve Chair JEROME POWELL highlighted the problem on Thursday, saying it is “highly unlikely” the job market will fully recover this year, in part because of all the people who have dropped out of the workforce and not yet returned.

Donilon, a senior adviser to the president, ran for student government president when he attended Georgetown in 1980, according to The Boston Globe.

Donilon lost the election “handily,” according to a story in the student newspaper at the time. The byline: Hoya Assistant News Editor Ron Klain.

In an interview, Donilon complained to Klain of “minor” campaign violations by other candidates: “As soon as we put up a platform statement or a poster someone would rip it down,” he said.

Sabotage may have been part of the issue, but Klain also reported the outcome was “expected,” given that the winning ticket was made up of “student government insiders.” That description, apparently, did not apply to Donilon.

Times have certainly changed. As the Globe profile notes, Donilon’s current West Wing office sits right next to Biden’s study. Can’t get much more “insider” than that.

From the Clinton administration to the Trump administration, Commerce secretaries have averaged 988 days on the job. Eight of them have served less than a year.

Vanita Gupta has deep bipartisan support and must be confirmed by the Senate. Gupta has a record of building bridges across party divides and has spent her career working with law enforcement to find common ground. That’s why top law enforcement groups and leading Conservatives support her nomination. Here’s what they had to say:

•“She always worked with us to find common ground, even when that seemed impossible” – National Fraternal Order of Police

•“We found her to be open-minded and collaborative, even in areas we disagreed.” — Major County Sheriffs of America

•“Ms. Gupta has displayed the qualities of leadership, empathy, excellence, and persistence in supporting and defending the U.S. Constitution.” – National Organization of Black Law Enforcement Executives

Remembering President Lincoln on the anniversary of his dying

Vote for Play of the Week

Making due with what you have acquired